Smartphones are connected to each other very quickly, and when they are very similar, they become more and more efficient and can do more and more. LG fans are eagerly awaiting the LG G9. This is what the device could look like. 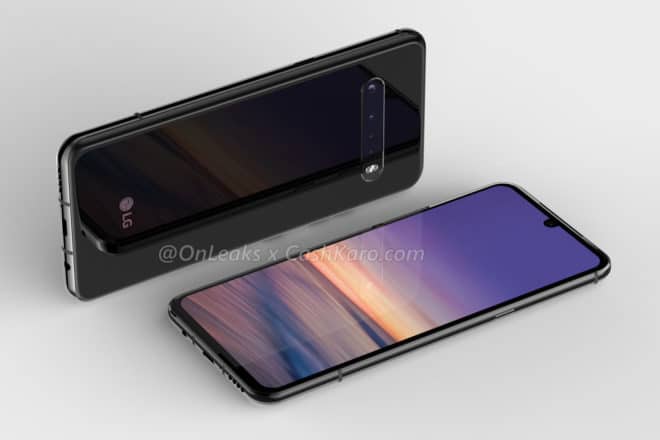 LG has a fairly simple approach to fighting against its big Korean rival Samsung and its Galaxy S series. The brand offers flagships that are always very consistent from one generation to the next. OnLeaks and CashKaro today unveil renderings that give an idea of what the highly anticipated LG G9 might look like. With this in mind, it seems very similar to the G8X, on which we would have made some practical improvements.

A first look at the future LG G9?

In fact, if the 3D renderings shared by OnLeaks and CashKaro are proven, we have to reckon with a module 4 cameras at the rear against 2 cameras so far. LG would also use this model to join what the majority of manufacturers now offer on their high-end devices, namely a fingerprint sensor under the screen. Meanwhile, the screen diagonal is increasing slightly, from 6.7 to 6.9 inches. Anyone who says security in design also says that the notch on the front, at the top of the screen, must remain. It seems to have decreased, of course, but it’s still there… We like it or we don’t like it.

Four rear view cameras, one socket and a well-known design

One of the interesting features, however, is LG’s choice, with this G9, it seems to have retained the 3.5 mm jack where the next Samsung Galaxy S should make it disappear. The LG G9 will thus be a more practical option for those who don’t like dongles and other Bluetooth headsets/earphones. No one knows exactly when this G9 will be released, but if LG sticks to its “usual” schedule, it could be released at the Mobile World Congress from 24th to 27th February. It’s unclear whether this cautious approach, both in design and functionality, will help against Samsung and bring LG back to the mobile phone market. Times are tough for the brand, any help is welcome. To be continued!

Dreame D9 - Another suction robot from the Xiaomi subsidiary